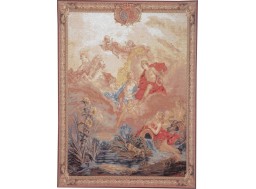 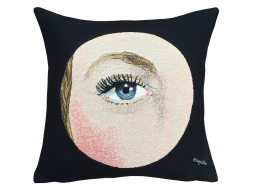 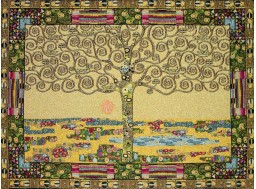 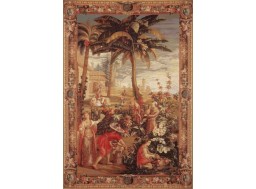 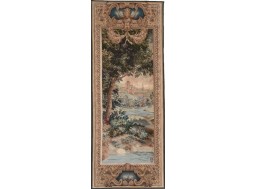 Alexandre on Cascade and Greenery

These tapestries come from collections specially designed and offered by Jules Pansu weavings. This magnificent technical and artistic work is carried out in collaboration between the Pansu workshops and the various estates of painters such as Miró and Picasso.

It is on the occasion of the 135th anniversary of the "Pansu" manufacture that the latter created the first unique collection of tapestries and cushions! The Jules Pansu house, recognized in 2012 as a Living Heritage Company, has thus established close links with the beneficiaries of the painters in order to respect as closely as possible the drawing and the original colors of the paintings. Indeed, it was necessary to choose the patterns that could be transposed from the canvas to the weaving while maintaining the strength of the colors and the purity of the lines. Thus, the craftsmen of the Pansu manufacture had to take up challenge after challenge. They succeeded in rendering the effect of the paint and the "stroke" of the brush by the effects of weaving and weft. This success was made possible thanks among other things to the workers of the factory, elected best workers in France.

All these tapestries are woven in the Jules Pansu workshops, in the north of France, on Jacquard looms. They are lined with a cotton canvas. A certificate of authenticity is stuck on the back of each tapestry. Composed of cottons or wools (depending on the model), these very modern tapestries are suitable for any interior and mainly for contemporary interiors.