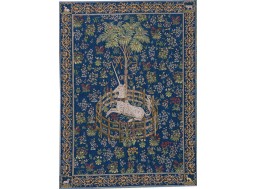 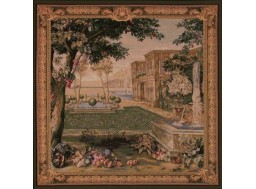 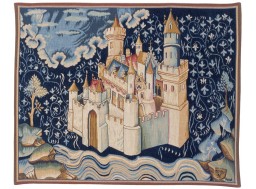 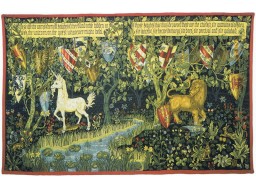 The tapestry and Miró, hangings inspired by paintings by the Spaniard 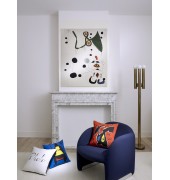 Spanish artist whose works embody for the most part the values ​​carried by the surrealist current, Joan Miró is at the origin of various avant-garde creations of the 20th century combining natural forms, linear markings and colors.

Joan Miró, a pioneer of the 20th century avant-garde

The subconscious, the reconstitution of childish wonder and its attraction for its native land are among the themes that are found in his multiple creations: collages, sculptures and paintings. Indeed, Cubist, Fauvist and Expressionist influences are felt in his works, some of which also share some characteristics of naive art. Winner of the Grand Prix of the Venice Biennale in 1954, he was also awarded the Gold Medal for Merit in Fine Arts in Spain in 1980. Like the painting "Woman, Bird, Star", his works include on stage, sometimes with simplicity and sometimes with complexity, various elements: characters, animals, celestial bodies ...

From small to large hangings made by the Jules Pansu factory

Nowadays, the works of the Spanish artist can also be found in the world of wall hangings. Discover within our collections a Miró tapestry inspired by his paintings. Les Tapisseries de Flandres works with the Jules Pansu factory, a major player in French tapestry whose products are intended for museums, castles, individuals, etc. The weavers of this workshop develop hangings representing in particular the paintings "Woman, Bird, Star", "For Pilar with all my heart", "Woman and Bird in the night" or even "The Gold of Azure". Woven in Jacquard Point, these are made from wool or cotton. The Miró tapestry is also available in several sizes: from the smallest (95 x 70cm) to the largest (240 x 280cm).